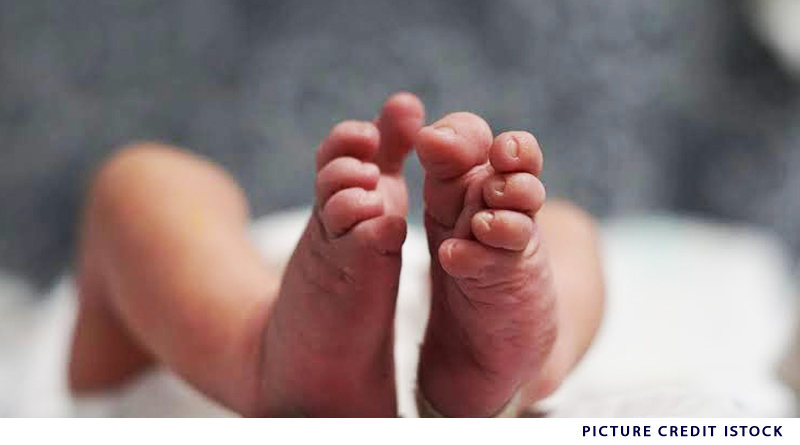 Dr. Robert Guthrie (1916- 1995) was an eminent American scientist and microbiologist. [1] Unfortunately, his niece was diagnosed to have a rare genetic disorder known as Phenylketonuria (PKU) at 13 months of age. [1] Classic PKU is known to cause severe irreversible mental retardation. [1] However, if PKU is diagnosed at birth and a corrective diet is instituted in time, the child can have normal intellect and lead a normal life. [1] Moved by his own life events,Dr. Guthrie designed special filter paper cards in the 1960s which could pick up PKU at birth ‘even before the symptoms of the disease occur’. [1] This was the first seed towards one of the most successful health interventions of the last century. [2] This was the start of ‘Newborn Screening’.

Newborn screening is testing the healthy newborn soon after birth, for critical and potentially treatable disorders, before the harmful effects of the condition become evident. This gives the physicians and the parents a ‘head-start’ in to the disease course, enabling early institution of corrective measures and mitigating the damage, as far as possible.

What are the practical details parents need to know? The blood required for newborn screening is ideally collected between 24-72 hours after birth, by a simple heel prick from the baby. Four to five drops of blood are collected on an absorbent filter paper and then transported to the laboratory, where the analysis occurs. Other than blood test, it also includes screening for hearing loss and critical congenital heart diseases.

Parents should remember that, newborn screening is essentially a screening test; implying that it cannot confirm or definitely rule out a condition. A positive test identifies babies who may need further testing for confirmation. Likewise, a negative test isn’t a proof of absence of every known metabolic/ genetic/ endocrinological/ cardiac or haematological disorder.

Who requests for the test? Who finances the test?

Many nations worldwide have integrated ‘universal’ newborn screening in their public health programmes; implying that the Government of that nation pays for the newborn screening of every child [2, 3] In India too there are determined efforts towards integrating newborn screening as a part of the National Heath Programme. Some limited centres in Delhi, Bangalore, Mumbai and Chandigarh do screen the newborns for some important disorders; but not all. By-and-large this is still a test done through the private sector and funded by out-of-pocket expenditure, by the parents themselves.

Why is newborn screening so important?

Let’s understand this better with some facts and figures.

Likewise, congenital hearing loss can cause serious delay in the acquisition of normal language milestones and can adversely affect normal behaviour and academic performance. A delay in the correction of hearing impairment is associated with significant loss in vocabulary. For example, a normal 3-year old uses around 500-900 words. A child with hearing loss who gets treatment in the first month of life birth is relatively salvaged and uses around 300- 700 words at 3 years, versus only 50 words at 3 years, if the treatment is delayed up to 2 years of age. [6]

There are occasions when the disorder detected by newborn screening is of a serious nature, and cannot be fully corrected despite best medical interventions, instituted in a timely manner. Often these disorders have an underlying genetic basis; such that the family is at a risk of having another affected child in the next pregnancy. In such situations, the timely diagnosis of the index case alerts the family and the physicians. With the application of right genomic tools and tests, the family can be guided about appropriate reproductive options for the next pregnancy. The benefit of newborn screening thus extends beyond just the child who gets diagnosed.

Which disorders should be screened for? Are there special high-risk groups of newborns in whom screening should be considered more relevant than the others?

Category A: The Indian Academy of Pediatrics recommends that every newborn should at least be screened for congenital hypothyroidism and hearing loss. [7] Some other disorders like congenital adrenal hyperplasia, G6PD deficiency and hemoglobinopathies; are also on the ‘highly recommended for all’ list by the Experts [2,3,7]  Several centres in India now routinely check all newborns with a simple bedside puloximetry for critical congenital heart diseases.

Category B:  If there are added clues towards the risk of an underlying genetic metabolic defect, (table 1) then such couples should undergo a more detailed panel. [6] This includes testing for PKU, biotinidase deficiency, MCAD deficiency, fatty acid oxidation disorders, maple syrup urine disease, galactosemia, cystic fibrosis, hemoglobinopathies, homocystinuria and alkaptonuria.

Category C: If the family doesn’t have financial restraints, then they can opt for screening of all the 40-50 inherited metabolic disorders; known as the ‘expanded newborn screening’.  [6]

Recently, in 2018, The Indian Council of Medical Research (ICMR) Taskforce strongly advocated the ‘expanded NBS’ test for ALL the sick newborns admitted in the neonatal intensive care unit with high-alerts for an underlying inborn error of metabolism. [8] (table1)

What are the difficulties likely to be encountered by families getting a screen positive result?

While India has moved a long journey in newborn screening, we still have lot to be sorted on our plates. India is ready to handle the Category A disorders in a holistic sense, as of today. However, a meaningful translation of success for category B and C disorders is still hounded with challenges.

Common to all disorders, screening tests need further tests to confirm the diagnosis. While awaiting the confirmatory results the family is bound to face anxiety and stress. [2, 7]

In India, where NBS is paid for by the parents themselves, any further confirmatory testing would translate to greater financial burden on the families. [2, 7]

Once the results of the tests are available, families are plagued by the next hurdle of the lack of the expert manpower who can interpret the metabolic results. There is a dearth of trained paediatricians and geneticists in our country who are familiar with newborn screening and its nuances. [2]

Even in cases where the diagnosis has been established beyond doubt, it is a challenge to procure special diet formulae in case of most inborn errors of metabolism. The cost of these medical foods which often have to be given lifelong is a limiting factor too. Although some medical foods are being manufactured by indigenous companies at relatively affordable costs, [9] the accessibility and ease of procurement of these special food powders still remains a predicament for the families. Some of the medications for the treatment of these disorders, like nitisinone, intravenous arginine, carbamyl glutamate, sodium phenylacetate; to name a few, are still not available in India.

What’s the road ahead for newborn screening in India?

With all the challenges registered; newborn screening is still one of the most promising healthcare interventions to save tens of thousands of children from early death and preventable disability.

The screening filter paper cards for PKU by Dr Guthrie and oral polio vaccine had emerged at the horizon at around the same timeline; in the early 1960s. [8] We need to take a cue from our success against polio and translate with a similar enthusiasm, the acceptance and integration of newborn screening in the care of our newborns. Its time we move forward from the polio eradication slogan- ‘do boond zindagi ke’ to ‘paanch boond zindagi ke leeye!’ giving due glory to newborn screening. An army of well-informed parents and general population would hopefully fill-in the chasm between the procrastination of the policymakers and the untiring efforts of the Experts; such that Universal Newborn Screening sees the daylight in India too!

Table 1: Red flags towards suspecting an inborn error of metabolism from newborn to the first birthday: 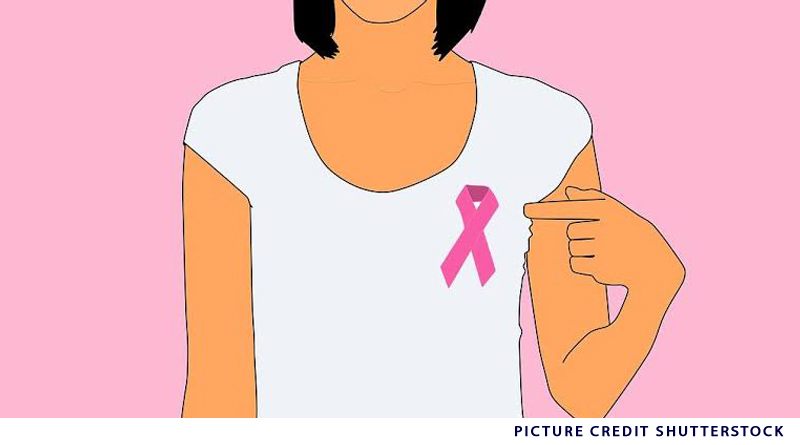 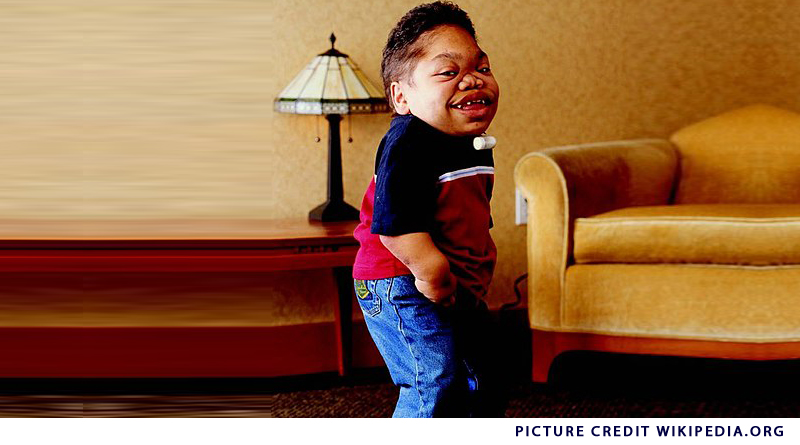 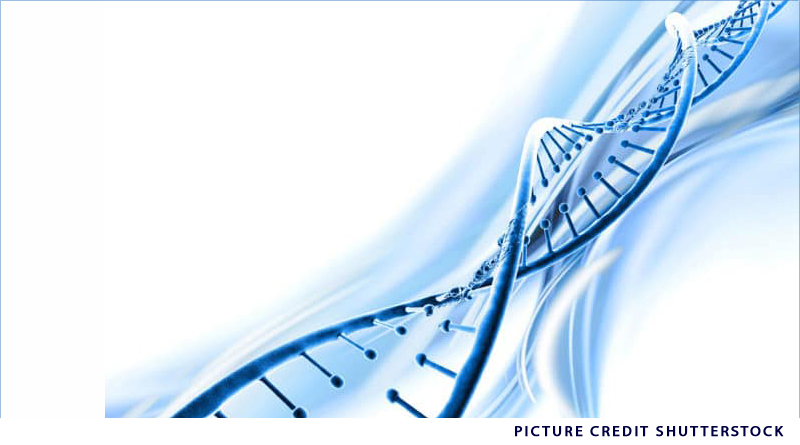 The growth of Clinical Genetics in India