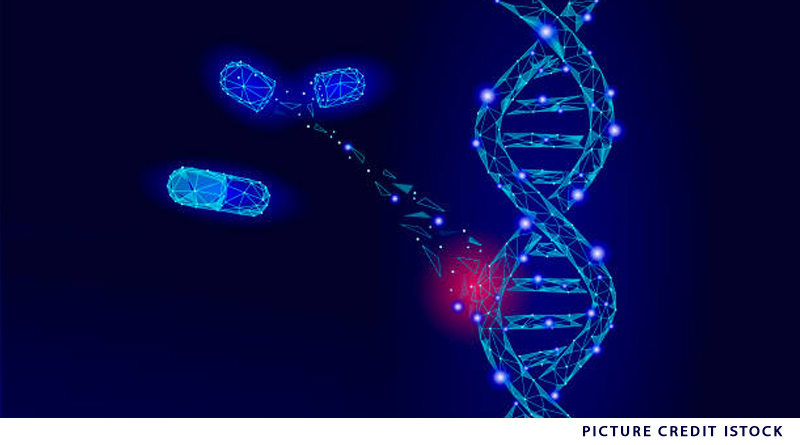 As a starry-eyed fresher entering my Masters in Pediatrics back in 2008, at the iconic Seth Gordhandas Sunderdas Medical College and King Edward Memorial Hospital, Mumbai, I had little knowledge about the critics in medicine; blissfully so. I was unaware about the ‘perceived’ lacklustre of the branch of Clinical Genetics, due to lack of curative therapies; blissfully so!

One of my many tasks as a Registrar, involved managing monitoring charts of children with a rare genetic condition known as Gaucher disease, who would regularly get infused with a drug known as Enzyme Replacement Therapy (ERT). This disease is caused due to the deficiency of an important house-keeping enzyme (beta-glucosidase) in the individual.  Gaucher disease is a chronic, progressive and multisystemic condition, often manifesting within the first few years of life; causing massive abdominal distention, bone pains, swollen lymph nodes, respiratory problems and reduced cell lines in the blood, reduced quality of life and sometimes, premature death. However, ERT would ‘replace’ the deficient enzyme in these children, thus filling in the missing metabolic links. [1, 2] I witnessed in awe, over the next few years, children with Gaucher disease, who were miraculously salvaged by ERT. These children grew up to be doctors themselves; some grew up to MBAs with overseas jobs, some into sprightful kids with a ‘normal’ childhood. They were unaware how close they were to death, blissfully so!

And it was this world of potions, wizardly magic and ‘treatable genetic disorders’ that I was drawn to. Although therapeutic and curative options may be available for a relatively smaller share of genetic disorders, discussing this growing world of possibilities and hope is truly coming-of-age now.

It is of interest to note that over 80+ disorders associated with intellectual disability, now have treatment options available. [3] These range from simple dietary modifications, inexpensive vitamin and co-factor replacement, to the indigenously produced special medical foods for specific inborn errors of metabolism (IEOM), and more. For example, galactosemia, associated with progressive liver dysfunction, seizures, susceptibility to infections, growth faltering and cataracts; is amenable to a simple and timely dietary restriction of lactose/ dairy products and galactose. Biotinidase deficiency, known to cause epilepsy, coma-crisis, hearing loss, intellectual disability and skin rashes, can be easily treated with an inexpensive daily dosing of oral biotin. The list of treatable IEOM is exhaustive; some others being phenylketonuria, propionic acidemia, glutaric acidemia and many more. In most of these treatable IDs, the impact of early treatment is highly rewarding. [3]

Another approach to treating certain genetic conditions includes organ transplantation viz replacement of the entire organ in which the expression of the aberrant gene causes the disease. [4] Examples of this approach include bone marrow transplantation (BMT) for serious immunological disorders like severe combined immunodeficiency disease (SCID), and for the group of ‘genetic anemias’ i.e thalassemias. [4] Other than blood-related disorders, BMT has also been successful for certain debilitating neurometabolic disorders like X-linked adrenoleukodystrophy and Krabbe disease, known to cause severe cognitive manifestations and premature death, if left untreated. [4] Some other organs transplanted as a ‘cure’ for the underlying conditions include liver transplant (for tyrosinemia, Criggler-Najjar syndrome type-1) and renal transplant (for end-stage renal manifestations of Fabry disease). [4]

To add to the growing armamentarium of various therapeutic options are gene therapy and gene-editing. Once a utopia, these modalities of treatment are now a clinical reality! Gene-therapy is the technique to modify the person’s DNA to treat or prevent a disease. [5,6] It includes knocking off the faulty gene, replacing it with corrected one or inserting a new gene to result into disease modification, mitigation or cure. From the first approved gene therapy for SCID in 1990, it has been a tiring three-decades of gruesome research to arrive at a multitude of gene therapy and gene-editing options (like CRISPR-CAS9) today. [5] The promise of this approach can be estimated by the fact that the pipeline of upcoming cell and gene therapies has expanded by 25% in just the past one year. [7] Some of the diseases for which gene therapy and gene modulating techniques are currently available and approved by FDA include LuxturnaTM for RPE65 associated inherited blindness, [8] eteplirsenTM for Duchenne muscular dystrophy, [9] TrikaftaTM for patients with cystic fibrosis [10] over 12 years age and having particular genetic mutations. There are now three disease-modifying genetically engineered products introduced in the market in the last four years, for a spinal muscular atrophy (SMA; a debilitating neuromuscular disorder, known to be the most common genetic cause of infant mortality). These include NusinersenTM, ZolgensmaTM and RisdiplamTM. [11]

There are occasions where a precise genetic diagnosis and the nature/ location of the ‘genetic error’ dictates the choice of the drug prescribed to treat the patient. For example, congenital myasthenia syndrome (CMS) is a rare genetic disorder caused due genetic errors (mutations) in one of the many genes responsible. It leads to fatigable muscle weakness, respiratory problems, delayed development and in some cases, intermittent cessation of respiration and sudden death. Symptoms of CMS, caused due to mutation in majority of thegenes, respond well to a drug called as pyridostigmine; whereas the same condition if caused due to a mutation in the COLQ, DOCK7, amongst few other genes, does not respond to pyridostigmine, sometimes even paradoxically, causing worsening of the symptoms. [12]

Such is the expanding scope of ‘Treatable Genetics’! Even in cases where therapy is not possible, a precise genetic diagnosis can often help to fine-tune the management, plan supportive care, proactively watch for complications in order to mitigate the associated comorbidities and ensure a better quality of life.

Although there are many upcoming shoots of hope for rare diseases, there are several challenges we still need to cater to. Foremost amongst these, is the exorbitant pricing of some of the curative options like ERT and gene therapy. While treating biotinidase deficiency costs barely Rs 200/month, the cost of treating another genetic disorder, SMA with Zolgensma (gene-therapy) is a whopping Rs 14 crores! [13] There are encouraging instances where the Government and States have sponsored the expenses of some of these expensive medicines. For example, in response to a legal petition by the father of a child affected with Gaucher disease, the Government of Delhi has committed to lifelong dosing of bi- monthly ERT, pegged at approximately Rs. 5-6 lakhs every month. [14] The many patients at King Edward Memorial Hospital, who received ERT were fortunate to have gained life-long free access to the same through a charitable access program called as INCAP (INdia Charitable Access Program). [2] However, there remains a large under-water portion of the proverbial iceberg, that is not benefitted by the proactive financial assistance towards procuring these expensive drugs. We need stronger guidelines, more patient support groups, central health insurance schemes for rare diseases, greater political commitment and well-defined patient registries in order to maximize the benefits of the latest therapies to these families. The other crucial hurdle includes the aspect of delayed diagnosis for most of these rare disorders, often missing out on the golden period where the treatment options would have resulted in maximum impact. [1, 2] The reason for delayed diagnosis is often delayed clinical suspicion and delayed referral to the right expert, and sometimes, pure dejection, apathy and inability to see hope while it exists!

In the mythological clash at Lanka, when Lakshmana was brutally injured, Lord Hanuman flew oceans, dodging demons and detractors; to only come back ‘in time’ with the lifesaving sanjeevani booti, to infuse life back into the hero. In our day-to-day life too, each individual with rare disease is a potential hero in himself, and we MUST do all that we can, to get him back to shooting his arrows in style!

7. Hargreaves B. Pipeline of cell and gene therapies expands by 25%. URL: https://www.biopharma-reporter.com/Article/2020/03/16/Growing-pipeline-of-cell-and-gene-therapies (accessed on 17Aug 2020)

14. A shy smile hides all those mortal fears. URL: https://www.thehindu.com/news/cities/Delhi/a-shy-smile-hides-all-those-mortal-fears/article5878460.ece